My story, like the story of our nation, is complex. To understand it all, we need to know the truth about how our country’s fascination with guns, power and radicalization forms the framework of our modern existence.
-Ryan Busse, Gunfight

Ready to understand how we got to this place of gun-crazed extremism? Order your copy of Gunfight today. 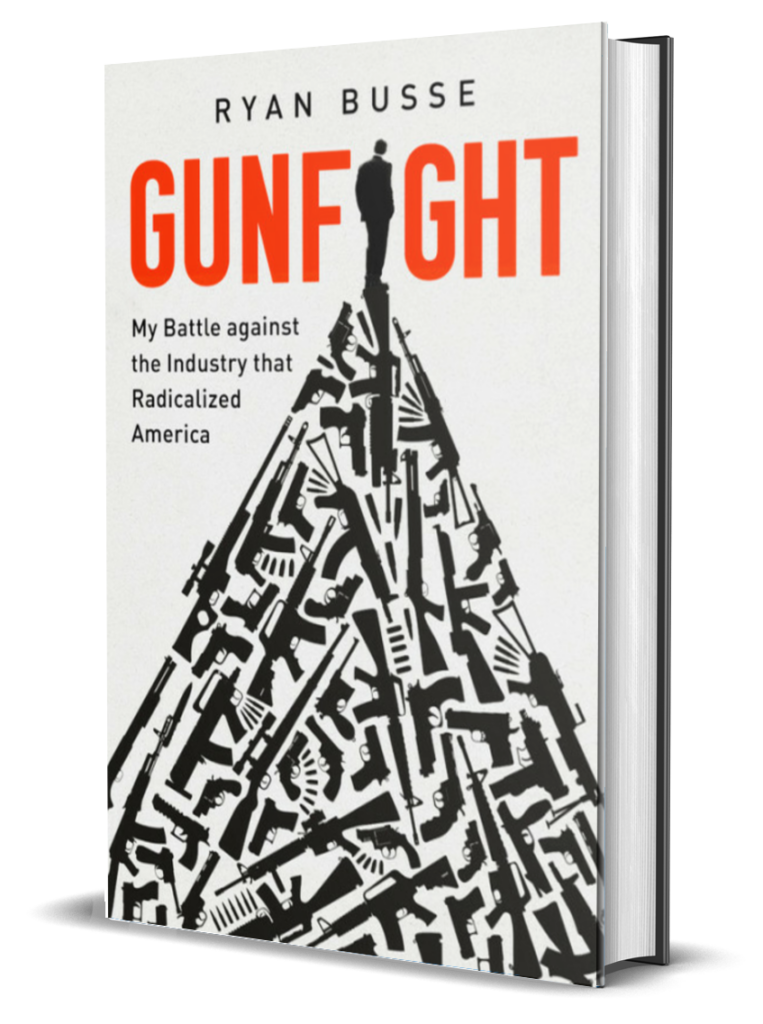 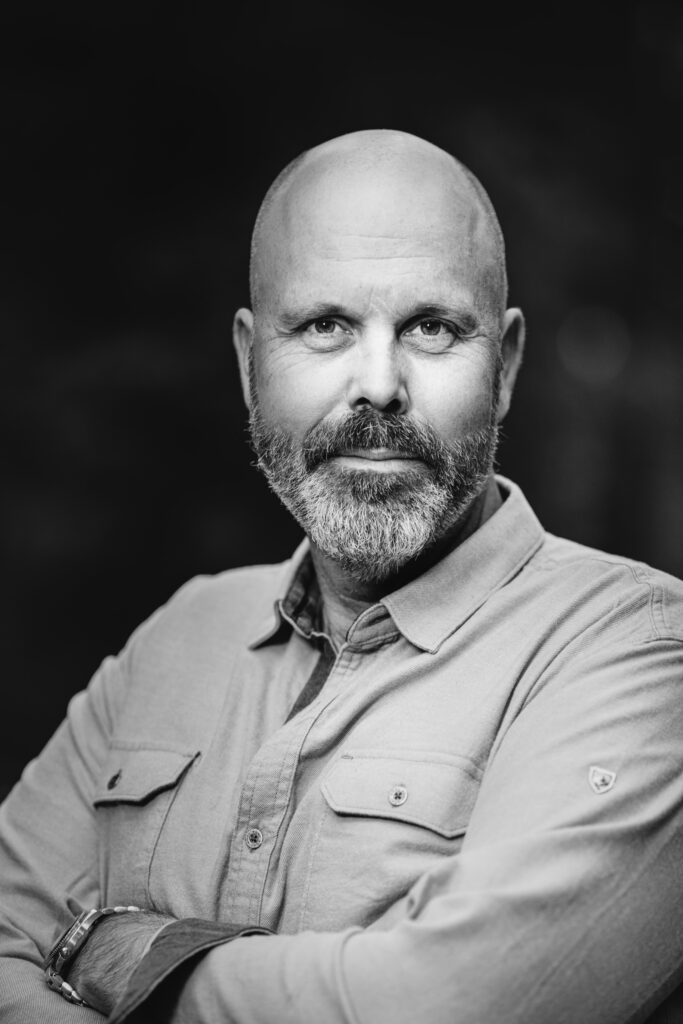 The Atlantic: The Rifle that Ruined America

My story, like the story of our nation, is complex. To understand it all, we need to know the truth about how our country’s fascination with guns, power and radicalization forms the framework of our modern existence.
-Ryan Busse, Gunfight

A long-time former executive at one of the country’s top gun manufacturers reveals how his industry radicalized a large swathe of America, and explains how it must change before we can reduce gun violence and heal as a nation.

Ryan Busse has traveled a long, circuitous path along the American gun journey. As an avid hunter, outdoorsman, and conservationist–all things that the firearms industry was built on–he rose to the highest ranks of the rapidly growing, multibillion-dollar firearms industry.

But replacing self-imposed decency with rampant fear-mongering, racism, hardline conservative politics, massive profits from semi-automatic weapons sales, and McCarthyesque policing have driven Busse to do something few other gun executives have done: he’s ending his 30-year career in the industry to tell its secrets. He watched the industry change from its smaller, less corporate and far-less-powerful form to the partisan, power-hungry entity it is today. He thought he could go up against the power of the industry from within, and over the years had made small inroads toward sensible gun ownership and use. But that’s simply not possible anymore.

This book is an insider’s call-out, a voice-driven tale of personal transformation, and a fast ride through wild times and colorful characters that populate a much-speculated-about, but little-known industry. It’s also a story of how authoritarianism spreads in the guise of freedom, how voicing one’s conscience becomes an act of treason in a culture that demands sameness and loyalty. 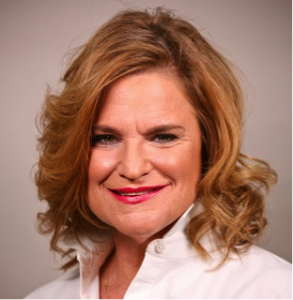 “Gunfight is a wild ride you can’t put down. More importantly, it is an illuminating, insider account of the 25-year radicalization of much of the Republican party with guns – and the myths the industry sells about them – at the center of the story. Anyone concerned about the rise of extremism that brought about the January 6th insurrection should read Ryan Busse’s brave book.” 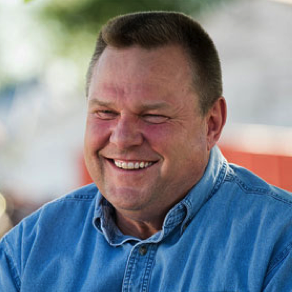 “Woven through this riveting personal story is a message for millions of reasonable Americans who are not happy with being branded and manipulated by the political extremes. Gunfight reveals the truth about the roots of our national division, and many people will see themselves in Busse’s resistance to extremism. Ryan Busse is ready to lead that fight.” 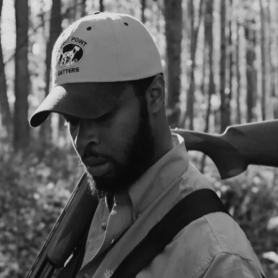 “I’m a proud father, gun owner and bird dog trainer. But I am also the feared outsider because I am an African American man. Gunfight is the essential truth of America’s radicalized gun culture and I could not put it down because people like me navigate these hard issues everyday. We’ve been waiting a long time for someone like Ryan to come along beside us. Finally, we have an honest story that will be a catalyst for real change.” 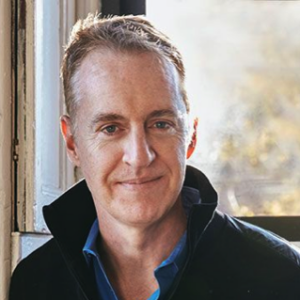 “After two decades covering America’s gun nightmare, what I’ve really come to crave is intel on our adversary. Enter Ryan Busse, a Big Gun executive with a harrowing personal story from deep inside the industry. A riveting account of what drives this belligerent force, and insights into how to temper it.” 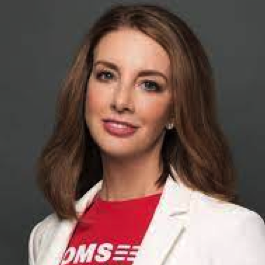 “Gunfight is a riveting account of how special interests have perverted the Second Amendment to create a culture of gun extremism that’s radicalized a vocal minority. But gun owners like Ryan Busse are taking back the narrative from extremists who are trying to use guns to undermine our democracy.” 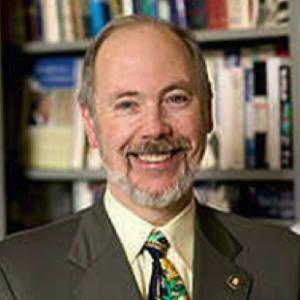 “Ryan Busse has ripped the curtain away from the firearms industry, revealing it to be the dark enabler of anti-government conspiracies, racism, and the armed radicalization of the far right. Gun manufacturers supplied not only the guns, but the explosive ideological fuel that has led America to the brink of civil disorder. Busse has performed an inestimable service and, by the way, tells a riveting tale.”

Robert Spitzer
Distinguished Service Professor of Political Science at the State College of New York, Author of more than 700 articles and 4 books on gun politics including 8 editions of The Politics of Gun Control 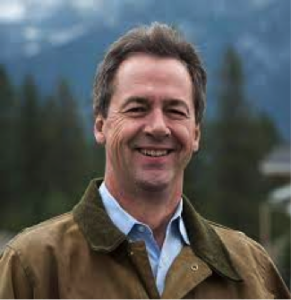 “Ryan Busse is a gun enthusiast, conservationist, and defender of our Second Amendment. This is a must-read book for anyone who wants to understand how a wholesome part of America was twisted to radicalize wide swaths of our country, and it’s all wrapped up in a wild-ride story that you can’t put down.” 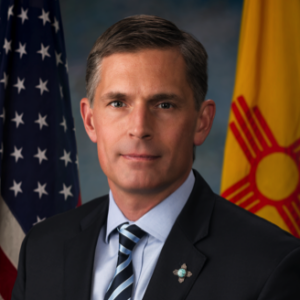 “Busse’s story is an incredible read, but it also shines a light on how guns have been used to divide this country. This is not a gun book, but rather it is the enthralling personal story detailing how our nation came to be divided.” 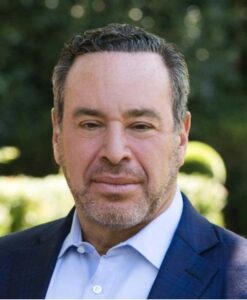 “I learned from Gunfight how the gun industry has merchandised a “tactical lifestyle”: pretend soldering with military-style weapons and armor, but without military discipline or code of honor. Body-armored massacres are the lifestyle’s price.” 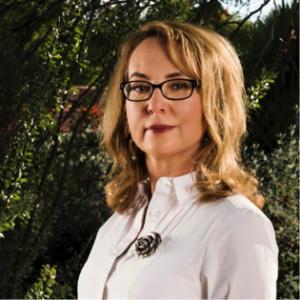 “Ryan Busse presents a fascinating, clear-eyed account of the gun industry’s slide into extremism. Gunfight is an important book for anyone seeking to understand how our country’s debate over the role of guns and gun laws in our society has become so bitter and fraught. I was left with a sense of hope that there is a path forward; one where the majority of Americans, including the majority of gun owners, stand up to the gun lobby’s bullying and demand lasting change.” 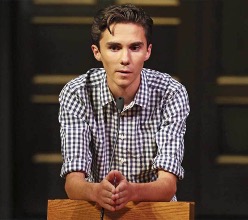 “If you want to understand how we got here, read this.” 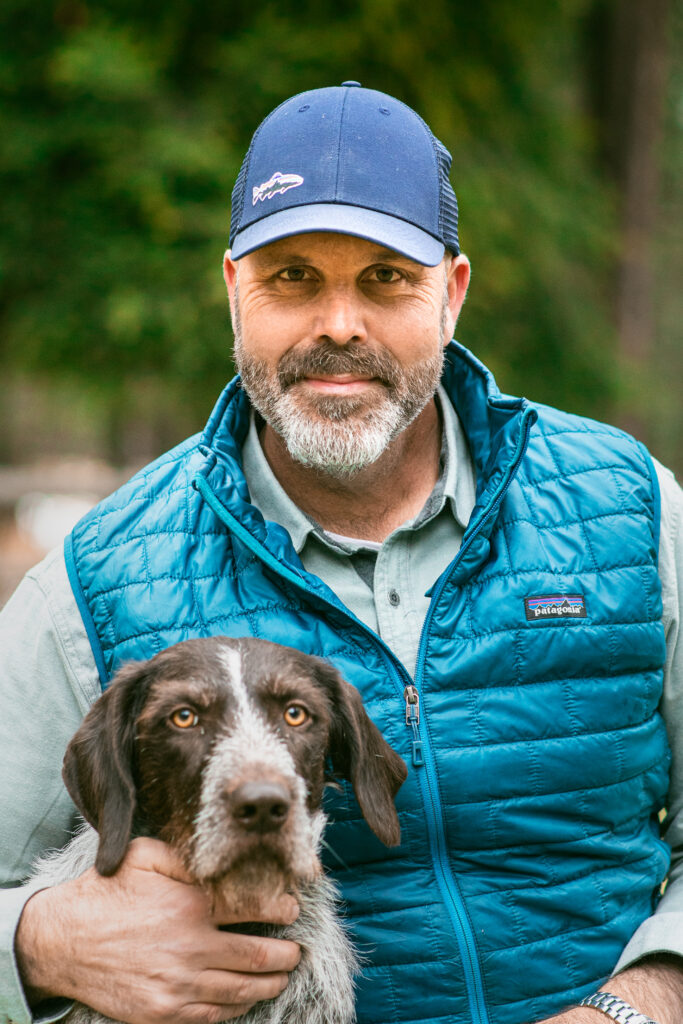 Ryan Busse is a former firearms executive who helped build one of the world’s most iconic gun companies, and was nominated multiple times by industry colleagues for the prestigious Shooting Industry Person of The Year Award. Busse is an environmental advocate who served in many leadership roles for conservation organizations, including as an advisor for the United States Senate Sportsmen’s Caucus and the Biden Presidential Campaign. He remains a proud outdoorsman, gun owner, father, and resident of Montana.

It’s time for good people to rise up because for too long we have allowed extremist voices to drown us out. We are not the first to be called to speak up in important times.

As President John F. Kennedy reminded, “The hottest places in hell are reserved for those who in a period of moral crisis maintain their neutrality.”

It’s time for good people to rise up because for too long we have allowed extremist voices to drown us out. We are not the first to be called to speak up in important times. As president John F. Kenedy reminded, “The hottest places in hell are reserved for those who in a period of moral crisis maintain their neutrality.”

MSNBC: This Father’s Day, what my sons are teaching me about changing gun culture

The Atlantic: The Rifle That Ruined America

The Washington Post: How the AR-15 conquered America, as revealed by an industry insider

The Bulwark: Even the Gun Industry Knew We Would End up Here – When mass access to guns merges with political fetishization, nothing good can happen.

Prepare for the Shock Troops: What Happens when gun culture merges with nationalist personality cult

Montana Free Press: Who wants the ‘bad guys’ to have guns?

The Trace on Why Busse Left the Gun Industry 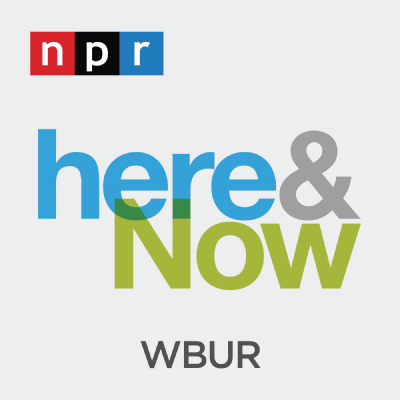 Ryan joins host Robin Young to talk about the transformation of the gun industry, his personal transformation — though he’s still a proud gun owner and user — and his 2021 book, “Gunfight”. 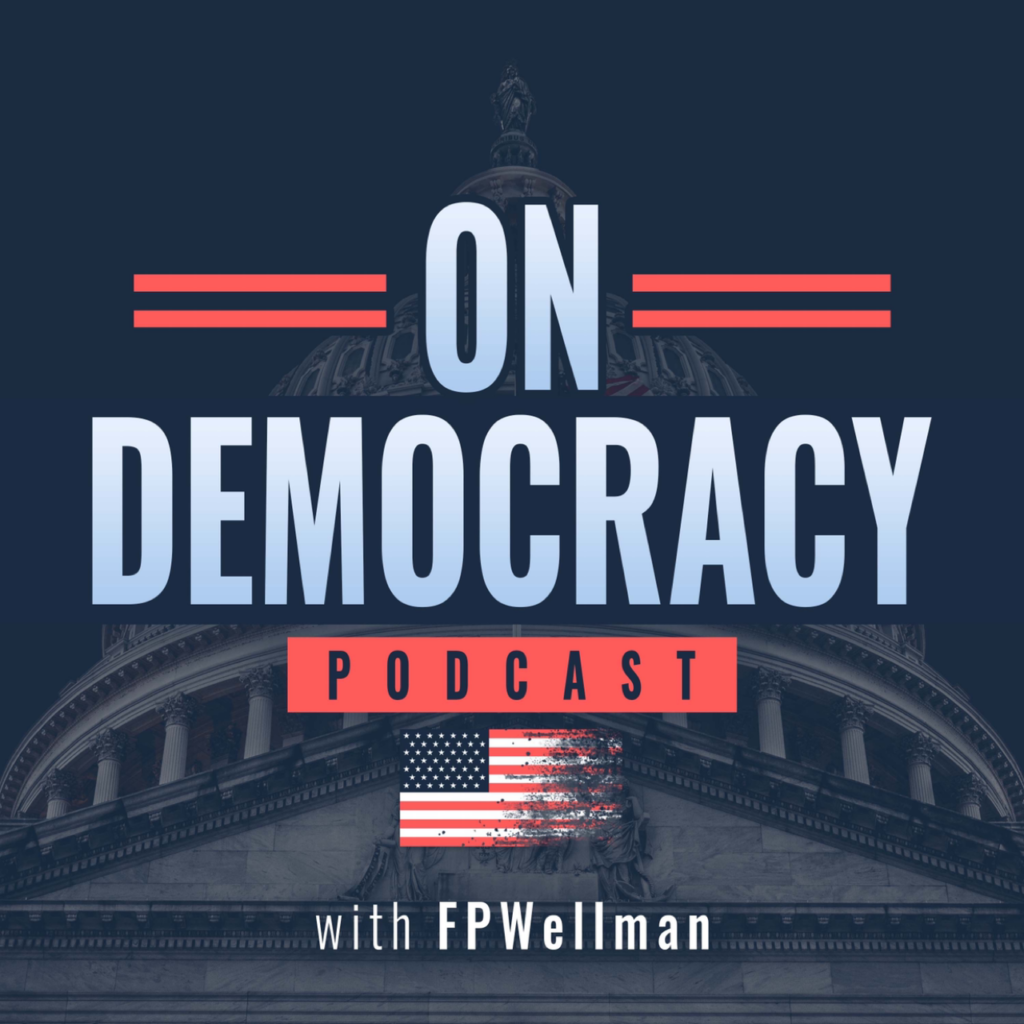 On Democracy with Fred Wellman

On Democracy is an ongoing discussion with activists, advocates, political operatives, candidates and journalists about the state of democracy in the U.S. and the threats to its future. Why is this Happening? The Chris Hayes Podcast

Ryan joins WITHpod to discuss how we got to this point, why he chose to leave the industry, what he observed behind closed doors at NRA meetings, how political division fuels extremism and what the failure to enact stricter legislation means for the future of our democracy. 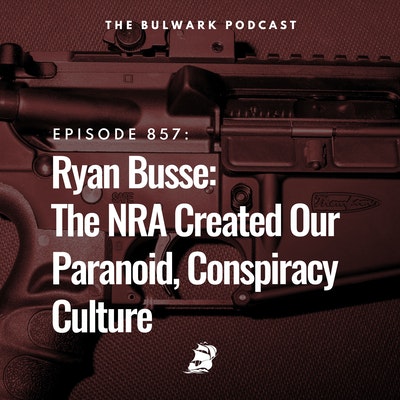 The NRA is not in the gun rights business — It’s in the culture war business. When will the responsible gun owners stand up and say “Enough?” The Guardian – Today in Focus Podcast

There are more guns than people in the United States, and the industry is still able to sell almost 2m a month. Ryan explains how we got here. 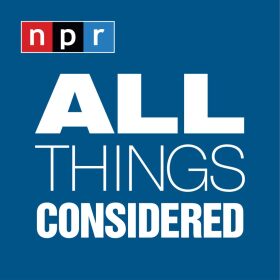 NPR’s Michel Martin speaks with Ryan about how he went from being a high-level gun industry executive to an outspoken critic of the National Rifle Association.